The seaside resort, New Brighton is a suburb of Wallasey and is situated on the Wirral Peninsula, a diverse and proud borough surrounded by the River Mersey, Irish Sea, and the River Dee. In the mid-nineteenth century New Brighton started its transformation from a well-known smuggling and marine salvaging hotspot to a desirable and prosperous residential area and seaside resort. In 1830 James Atherton purchased 170 Acres of land in New Brighton, known as Rock Point, and housing began to spread across the once void hillsides.

It was during the latter half of the nineteenth century that New Brighton was established as a holiday and day trip destination for nearby towns. Large houses were converted into inexpensive hotels allowing day-trippers and holiday makers from places such as Liverpool, Lancashire, and Chester to escape from the hardships of the nineteenth century everyday life and take advantage of the developing recreational amenities and seascapes of an accessible utopia.

As New Brighton entered the twentieth century, it witnessed a rollercoaster of events with World War One and World War Two taking its toll on the once thriving seaside resort. The New Brighton Tower was opened in 1900 and then closed in 1919, leaving only the base of the tower left (The Tower Ballroom) which survived until 1969. The Tower Ballroom brought international groups to New Brighton, such as the Beatles, Gerry and the Pacemakers and many more. Shortly after the closure of The Tower Ballroom, New Brighton sadly faced a series of unfortunate events. The Ferries that transported Liverpudlians to New Brighton ceased in 1971, the promenade pier was demolished in 1978, despite several attempts of saving the much-loved pier, and the open-air swimming pool closure in 1990.

In 1986, New Brighton had minimal amenities, Margaret Thatcher’s ‘Monetarism’ meant that many working-class families were struggling to live, the whole country was recovering from a deep recession and 11.3% of British people were unemployed. It was a hard time for most people, and despite the decline in amenities, New Brighton was still a place for all to enjoy, a place to escape the troubles and stresses of everyday life.

It was at this point in New Brighton’s timeline that Tom Wood and Martin Parr were photographing New Brighton. Two very different photographers, with different approaches to documenting and portraying the day trippers and holiday makers of New Brighton. Parrs classic work on New Brighton being referred to as “savage” by the British Journal on Photography and Woods depiction orientating towards a more sympathetic and gentler portrayal.

As we moved away from an era of Thatcherism, the 21st century seen new hopes for New Brighton. In 2008, phase one of an extensive regeneration seen new amenities being built, a rise in day trippers and holiday makers, hordes of families sunbathing on the golden sands of the beach, and the once desolate arcades, awash with children again. Fast forwarding to 2019, New Brighton seen a flurry of independent businesses, a revolution led by Danny Davies, a local entrepreneur with a grand plan of making New Brighton great again, bringing a sense of community and contemporary art to the much-loved seaside resort.

It is throughout this period of transformation, that Quayle began documenting New Brighton in his passionate monograph, At the Front.

At The Front is an ongoing project in its twelfth year of production and explores the multifaceted regeneration of the much-loved northern seaside resort, New Brighton, and the day trippers and holiday makers interacting with the continuously transforming space.

At The Front provides the viewer with a sense of timeless nostalgia, happiness, sorrow, storytelling, and change. Quayle strives to photograph New Brighton empathetically and authentically. A vital factor of Quayle’s work is that he endeavours to photograph as a participant rather than an observer, engaging with and understanding the people he photographs, and making new connections and friendships.

Each image within At the Front is a small narrative, small segments of lives, gathered to create a larger narrative, a visual essay of a changing and progressive New Brighton.

Typical of Quayle’s monographs, At the Front utilises a hybrid analogue/ digital image making process, solely photographing on photographic film, and then scanning and printing images from the hand processed negatives and transparencies. The labour intensive and material rich qualities of analogue photography allows Quayle to spend a wealth of time with each single image, studying the entire frame, and the grain that the image sits within, ensuring each frame is true to life and authentic.

It is these acute observations and meticulous picture making techniques, that form the heartfelt visual narrative of At the Front. 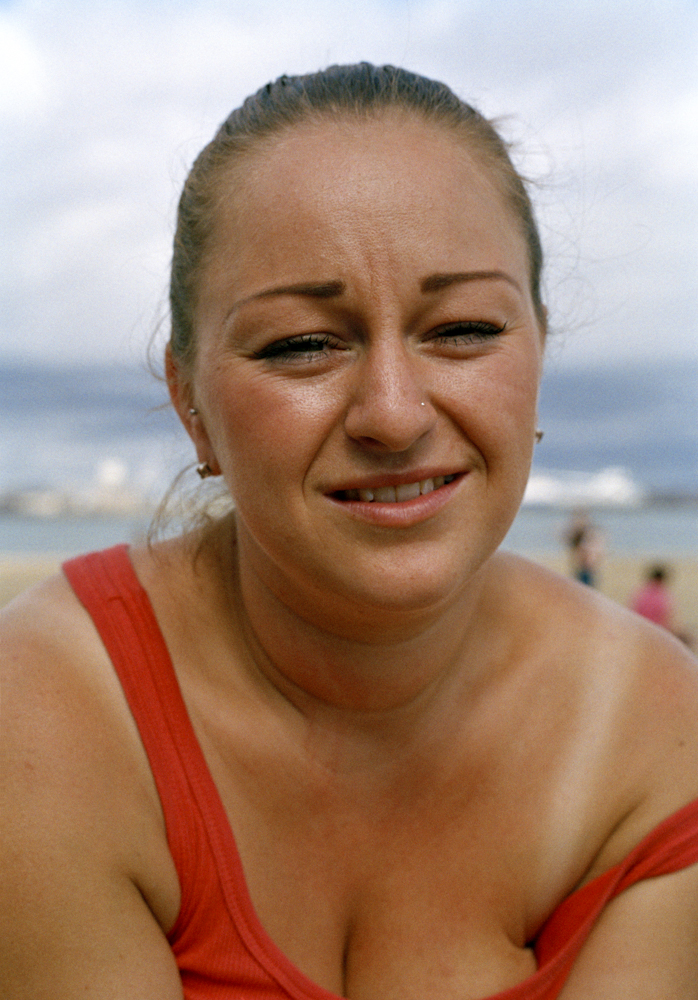 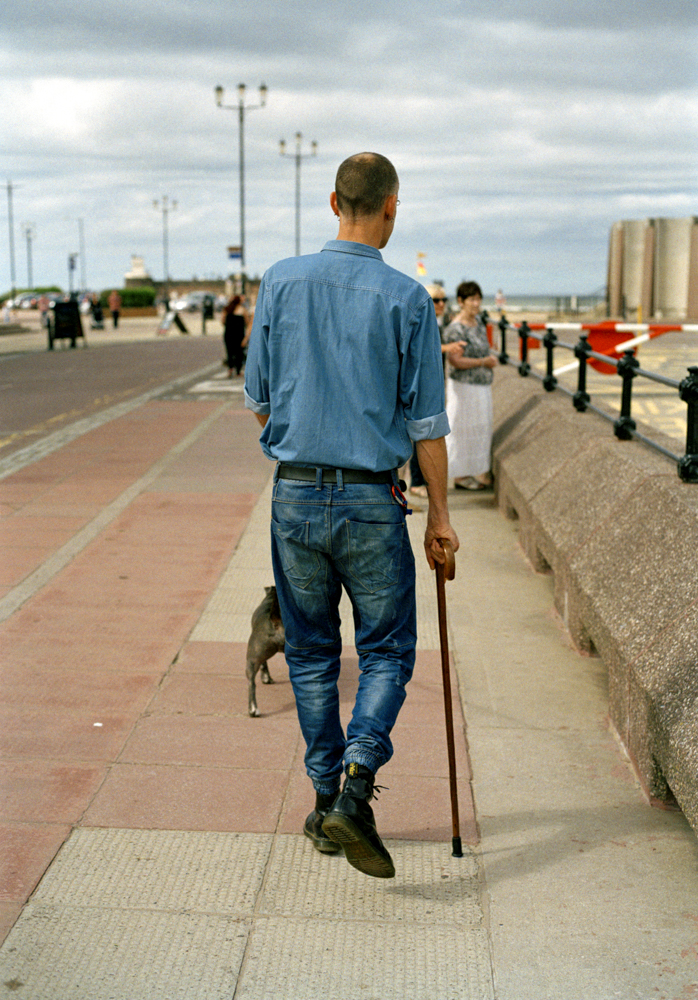 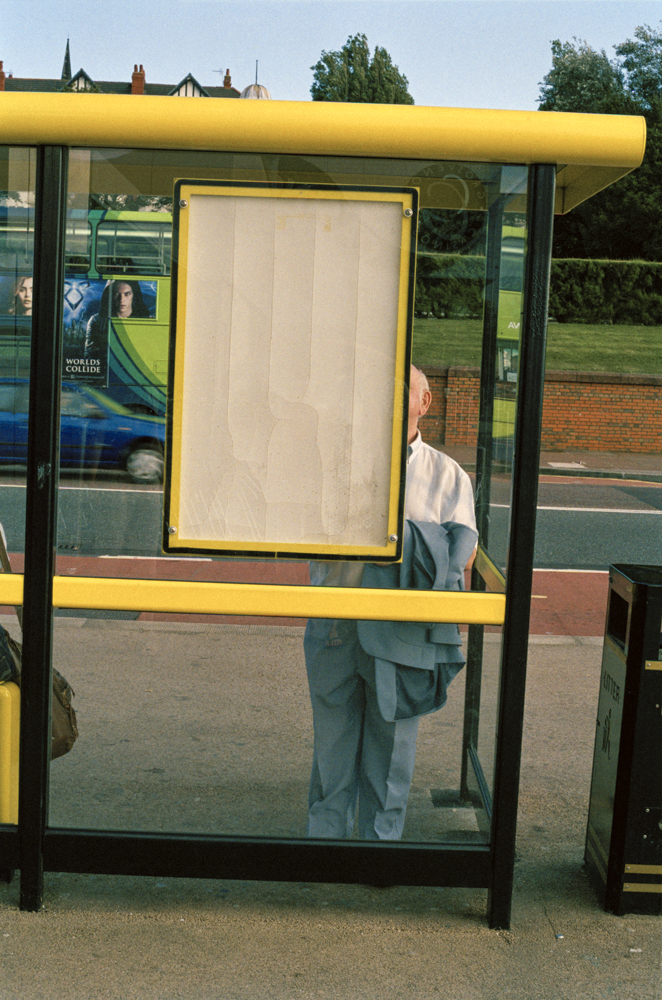 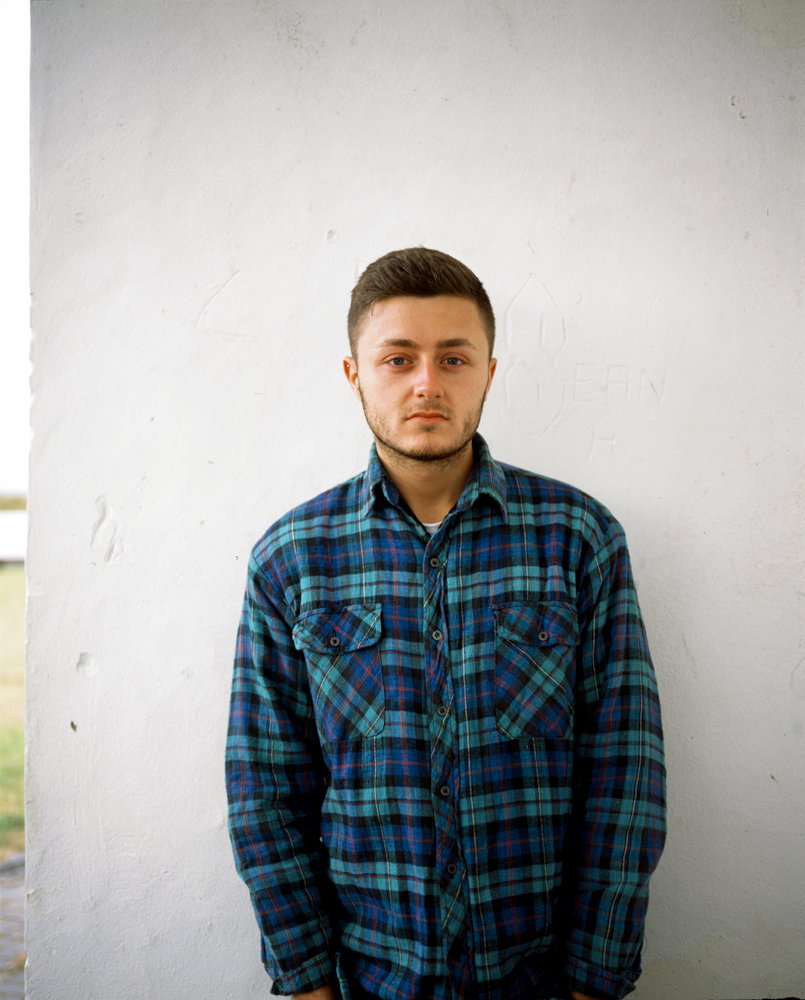 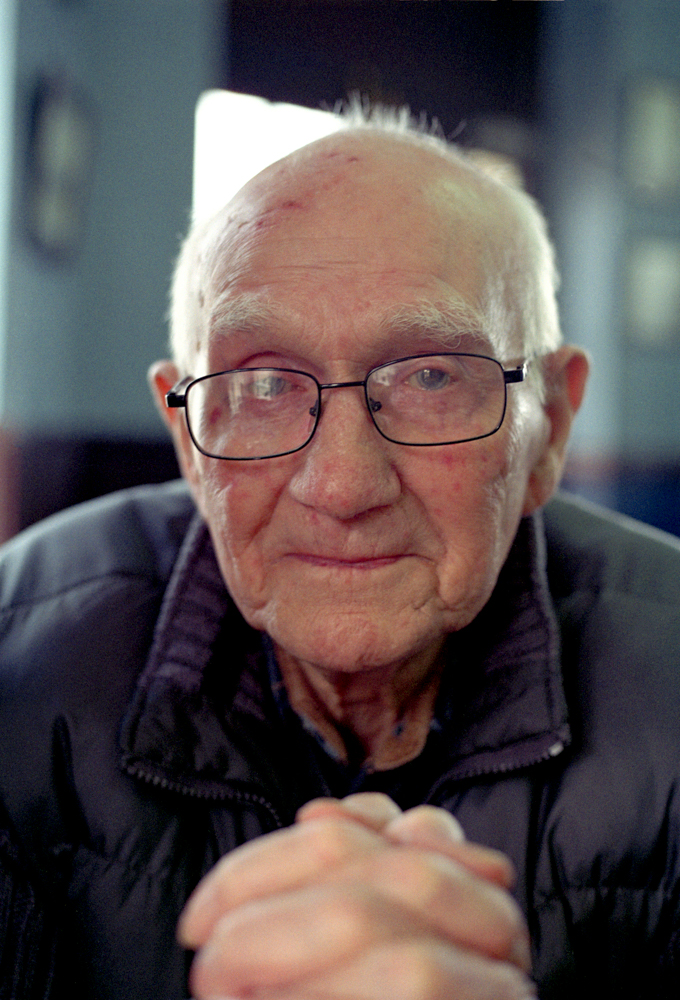